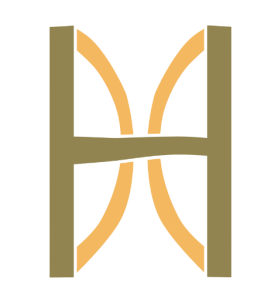 Wholeness and healing through family, community, and relationship. 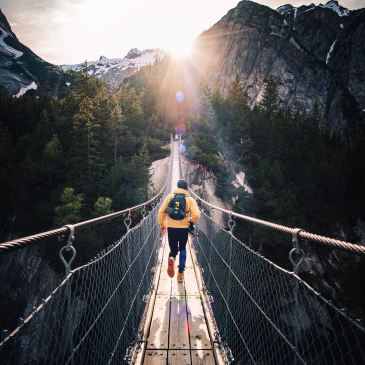 My friends, you were chosen to be free. So don’t use your freedom as an excuse to do anything you want. Use it as an opportunity to serve each other with love. Galatians 5:13 (CEV)

Think for a moment of the glorious liberty won for us by Jesus. Free from guilt, free from fear, free from slavery to sin. Like the Passover lamb his shed blood saves us from death. And like Moses he leads us out of captivity towards our promised inheritance.  We have been released from a debt we could never have paid.  The more we let it sink in, the more we instinctively turn to praise.  But if we are free, what do we do with this freedom?

Let me present you with two very different visions of freedom.  The first pictures it as our ability to make choices unhindered by anyone or anything else.  Here, freedom means an absence of rules or constraints, where no-one can tell us what to do. This chimes in well with our individualistic, rights obsessed society and is reflected in the idea that we should be able to be anything we want to be.  This vision is superficially attractive.  Its obvious flaw is that our choices affect not just us, but those around us.  To use a trivial example, my choice to play music loudly at 3 a.m. limits the freedom of others to get a decent night’s sleep.  In such cases, whose freedom wins? Ultimately, this sort of freedom becomes destructive as competing interests, each one convinced of their rights, fight it out.  Unconstrained, it leads to anarchy or oppression.

The second vision of freedom is very different.  Let’s call it freedom for excellence.  Have you ever seen a great musician perform, one who has complete mastery of their instrument? They play with such freedom and such expression, creating moods and feelings with just notes. Or perhaps you’ve seen dancers at the peak of their powers, seemingly free to move, leap or shape themselves in any way they choose. But how have such people reached this place of freedom? The answer, paradoxically, lies in discipline. Such mastery comes only through disciplined practice.  Rather than throwing off constraints or rules, these artists use them like the rungs of a ladder to reach greater and greater levels of freedom, continually refining and improving their skills and technique. Bishop Robert Barron has expressed this paradox very well; “The law is not the enemy of freedom. The law is the condition for the possibility of freedom”.

This radically different idea of freedom gives us a fresh understanding of God’s law and helps explain why the Old Testament saints loved and revered it.  Psalm 119, for instance, is a love song to the law.  David delighted in God’s laws, precepts and commands.  Why? Because they guided him into a life lived in God’s presence.  He saw them as lamp for his feet and a light for his path.  Like a virtuoso musician whose disciplined practise leads to even greater freedom in playing, David’s embracing of God’s law led to the freedom and joy of fellowship with God.

“David’s embracing of God’s law led to the freedom and joy of fellowship with God.”

Now, in Christ, we have a new and even better covenant, one that deals once and for all time with our sin and releases us into our inheritance as the people of God.  This new “law of the Spirit of life” is what sets us free from sin and death.  Instead of being written on tablets of stone, it is written in our hearts and minds.  And as we submit to and serve the Spirit we are liberated into life and peace (Romans 8:2, Jeremiah 31:33, Hebrews 7:22, 9:11-15).

Freedom through obedience?  Freedom to serve? These truths do not sit easily alongside popular ideas about freedom.   We need a revolution in our thinking or we will never be able to grasp that the more closely we follow the leading of the Spirit of God, the freer we become.  But this is the true nature of freedom and the greatest example of this is Jesus, who moved with such freedom and power because he only did what he saw the father doing (John 5:19).  Paul clearly saw the link between being free, being a servant and the pursuit of excellence.  In 1Cor 9:19-27 he tells us that “though I am free and belong to no man, I make myself a slave to everyone to win as many as possible”, and then goes on to describe how, like an athlete competing for a prize, he disciplines himself so as to win an eternal crown.  He was so overwhelmed with gratitude, and so gripped by the call of God that he wanted to pour out his life as a servant of Jesus and his people.

The death and resurrection of Jesus is our exodus, our release from slavery.  But this exodus is just the beginning of a greater journey.  We are now faced with a choice; what should we do with this freedom?  We are rediscovering the truth that being a Christian is not just an individual, private transaction between me and God, where I get my sins forgiven and then go to heaven when I die.  It means taking my place in God’s people, a people with a calling and a mission here and now, not just in the hereafter.  We have the privilege of announcing and demonstrating the good news about this kingdom.  This task is worthy of our very best.

We are free, but let’s not waste this precious freedom.  Instead, let’s work like an athlete or an artist, to become excellent in the service of the Kingdom of God.